Home
NEWS
The Man Admired By Lagos without “APOLOGY” 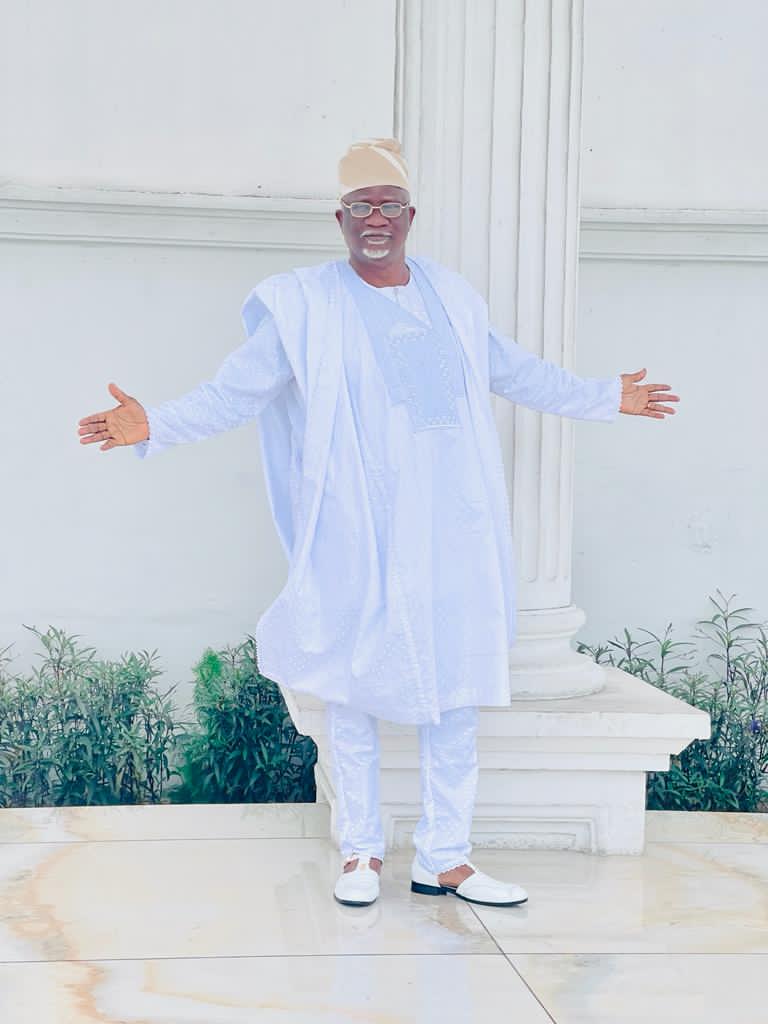 The Man Admired By Lagos without “APOLOGY”

“Fearless Critic of Power”, “Staunch Defender of the People”, “Unique Leader”, “Mayor of Surulere”, and “The Blue Blood Prince of Lagos”, are some of many labels used by people to describe him.

Hakeem Olaogun Dickson was born on the 5th of May 1957 in Lagos Island into the Itire and Onikoyi royal family but raised in Surulere, Lagos. Dickson first attended the Breadfruit Primary School in Lagos Island before he was transferred to Surulere Baptist School, in the late 60s after his family relocated to Surulere Lagos, due to the construction of Eko Bridge where he obtained his first school leaving certificate in 1972, and later at Victory High School in Ikeja where he completed his Junior and Secondary studies in 1976.

He says he began developing a social consciousness in the United States of America in the 1970s while still a young student in Albany New-York USA, where he studied Accounting and graduated with AOS (Hon) Accounting in 1980. Along with grasping the importance of a sound education, he continued his studies at the Thomas A. Edison State College in Trenton NJ,U.S.A where he obtained a B.Sc. (Hon) in Accounting and his first M.Sc. at Fairleigh Dickinson University, Rutherford, NJ, U.S.A majoring in Accounting.

He returned to Nigeria after his first MBA in 1983 and in 1984 he attended the one-year National Youth Service Corps (NYSC) program which was then set up by the Nigerian Government upon completion of the program, he worked briefly at the Nigerian Airways as an Internal Auditor. Shortly after that, he travelled back to the U.S.A and gained admission into the prestigious Fairleigh Dickinson University, Rutherford, NJ, U.S.A and obtained his 2nd MBA degree in Finance.  He was opportuned to have started his career with one of the biggest Accounting firms in the world after being certified as a Public Accountant where he worked as an Accountant/External Auditor/Tax Adviser at the Coopers and Lybrand CPA firm, Newark, NJ, U.S.A. between 1988 and 1994. 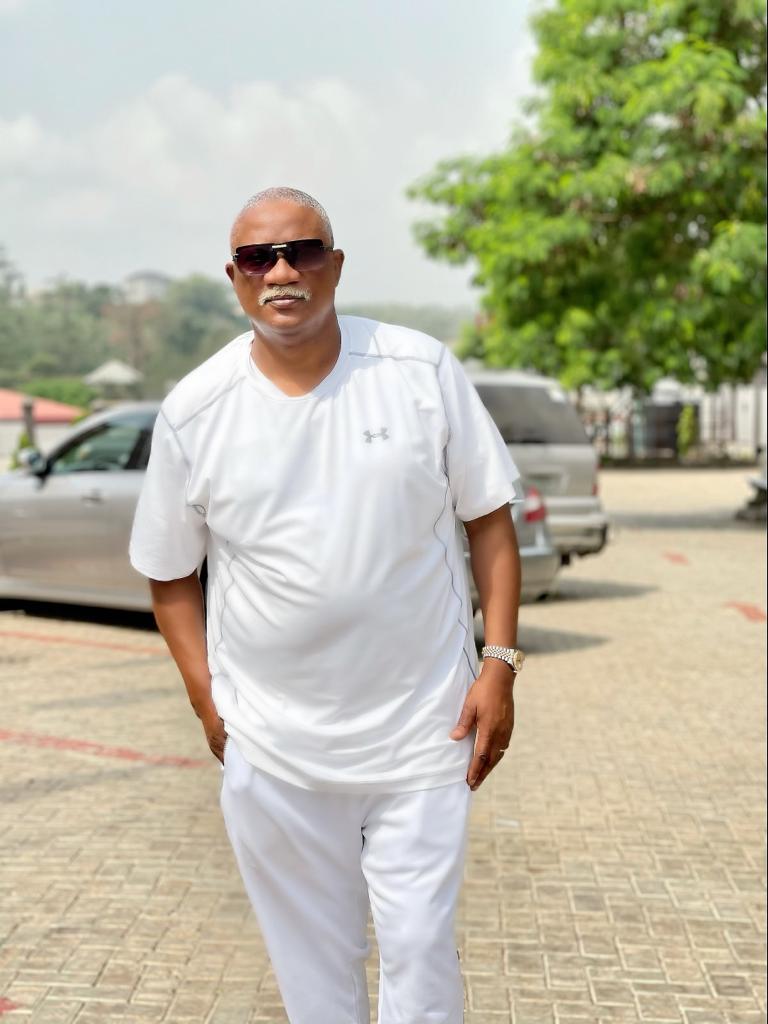 “I felt a compulsion to come back home and help start what my father felt was important for our community,” especially for the fact that my father thought I was lost in America because I was already living the” American dream”  , he says,  naming one top local issue. “Crime and safety both on land and water had been an issue for decades. There was a strong feeling in the community that there needed to be safety. Safety was the economic underpinning of the community.” I never planned to become a politician but when I returned to the country, I was bitten by my friend’s passion for politics as well.

Dickson had watched his friends over the years, but he had no training in politics or civil administration. But being a Legend among true Believers, he was unstoppable in pursuing his passion.

Dickson (The Mayor of Surulere) was sworn in as the Executive Chairman, Surulere Local Government, Lagos State on the 2nd of June 1999, but he was elected on the 4th of December 1998.Having no training whatsoever in politics or civil administration. Nonetheless, mobilized a group of people who successfully lobbied the Lagos State Government to help launch and introduce the Surulere Law Enforcement Corp in which he brought together a group of people called “Area Boys” off the streets by providing them with jobs through the platform and as a result of that, people could enter Surulere and go about their businesses without any traffic or hassle.

“It was a time,” Dickson says, “when the Federal Government very aggressively reached out to the less fortunate and those in the lower economic strata and made a significant effort to bring all people the opportunity to live in a clean and safe environment.” We then launched what is now called Landscape where we disposed our refuse, refusing to deal with the cart pushers and of course we had enough vehicles that carted away refuse.  “We fought and reduced crime rate to less than five percent in Surulere. As a result of such great accomplishments, the DPO in my area was given the Best DPO of The Year Award, while the Area Commander was also given the Best Area Commander of the Year Award Three years in a row.” While still the Chairman of Surulere LGA, Dickson renovated lots of schools and also introduced free lunch to schools, free uniforms, free school bags amongst other things. Like Dickson rightfully said, “I went to Surulere with my brain and when I was going, I left with my brain and now whoever is coming in there should come with his/her brain.” Dickson would tell you he is a “stubborn man” but the good kind of “stubborn”. He was later appointed as the special adviser to the Minister of Works Senator Ogunlewe.

Dickson was then appointed as the Director General Lagos State Safety Commission Lagos state in 2016 by the former Lagos State Governor, His Excellency, Governor Akinwunmi Ambode. Despite the series of false stories and allegations that raged throughout the internet and lingering controversy over his personal conduct, that did not in any way hinder his appointment. Despite this, what resonated well with residents of Surulere as well as Governor Akinwunmi Ambode and was evident was his drive and passion for safety and Security. Due to the passion he was known to have for safety and Security, a couple of his achievements were evident, such as; creating a walkway for pedestrians on some streets and major roads in Surulere, filling of potholes well over a thousand both on State and Federal roads amongst other achievements during his tenure as the Local Government Chairman of Surulere.

Dickson’s experiences in politics led to his lifelong conviction for a purely democratic style of government. “The majority, he says does not always make the best choices in its own interests. Instead, Government ought to be primarily directed toward protecting individual rights rather than serving the will of a whimsical majority. A common passion will, in almost every case, be felt by a majority of the whole.” He is currently the Director General/C.E.O of Total Workplace Safety Management Systems Limited which specializes in Occupational Health and Safety.

In the years since his chairmanship, Hakeem Olaogun Dickson achieved enormous success as a public speaker. He founded the Surulere Law Enforcement Corp which helped in empowering the youths with jobs and taking the “area boys” off the streets, thereby addressing safety and security for anyone coming in and going out of Surulere as a whole. The foundation achieved considerable success in promoting public health and safety in Lagos State and received high ratings from organizations, State government and Federal government for spending its largest part of its resources and contributions directly on its programs. He was awarded The Best Cleanliness LGA Award from 1999-2002 from both Federal and State Governments.

In his tenure as the Director General/CEO, Lagos State Safety Commission, he achieved notable safety policy successes, rebranded the Lagos State Safety Commission, by introducing a new logo and a new means of identification for staff and consultants – 2017, developed Safety Guidelines and Checklist in 18 Sectors of the Economy – 2017 till August, 2019, Trained Safety Champions in MDAs on issues bothering Safety – 2017 till August, 2019.  He made Lagos Safety Commission a member of the International Labor Organization (ILO) and International Social Security Association (ISSA)-2017 till date. He represented Lagos State Government and delivered a lecture at the XXI World Safety and Health at Work Conference with over 7,000 delegates worldwide in 2017, where he was handed the mantle of Vision Zero, which was successfully launched in Cote D’Ivoire, Ghana, Zambia as well as Lagos State. He launched Vision Zero in Lagos State, which aims to achieve Zero Accidents, Zero injuries, Zero Fatalities in all workplaces. He was awarded the Transport and Logistics Excellence Award (TLEA), which is the highest honor accorded to stakeholders to recognize their outstanding achievements.

There is a major Road in Lekki which is on the map that is named after Hon Hakeem Dickson (Hakeem Dickson Road) and that honor was bestowed upon him by the former Lagos State Governor, His Excellency Akinwunmi Ambode, which was commissioned in 2019. LATEST PRICE FOR CAR DOCUMENTS IN NIGERIA It’s a  thing … 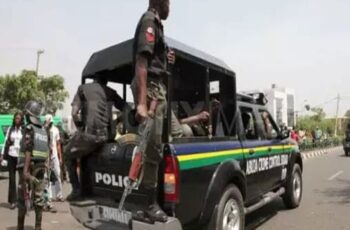 24 WAYS TO STAY OUT OF TROUBLE IN NIGERIA. …